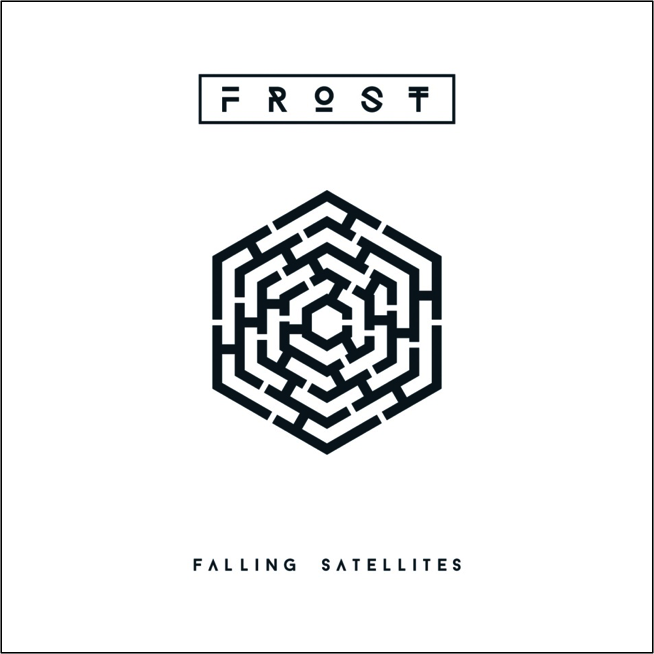 Review of the new Frost* album ‘Falling Satellite’ out on May 27th. on InsideOut Music.

Jem Godfrey, the man behind Frost*, might not be a household name in the US but he certainly has had some significant success overseas.  Godfrey is an accomplished pop songwriter and producer who most recently worked on putting together the soundtrack for the British film “Eddie the Eagle” with singer Gary Barlow, another famous British star.  His success in the pop world dates back quite a while, having worked with a number of big acts.  Lucky for the rest of us, his love of Prog has over the years driven him back to his passion project, the group Frost*.  The group that debuted with the mind-blowing ‘Milliontown’ back in 2006, have not released a new studio album since 2008’s ‘Experiments in Mass Appeal” which saw the band dissolve shortly after.  They briefly reunited in 2011 and released the DVD compilation ‘The Rockfield Files’ in 2013.

For those who are not familiar with the band, the new album ‘Falling Satellites’ isn’t a bad place to get acquainted.  This is a full-on Prog Rock adrenaline rush.  The production, to no surprise, is spectacular.  Keyboards on top of keyboards by Godfrey build the sonic landscape while the brilliant drumming of Craig Blundell (Steven Wilson) keeps things technical and moving at a fast pace. There are a few subdued moments, but they are only building towards more explosive parts.  Anyone who picked up last year’s excellent Lonely Robot album by Frost* guitarist John Mitchell, will recognize much of the same overall style and tone, as well as the excellent guitar work.

From the opening of “Numbers” (the first full track), the album is off and running full speed.  The track has a vibe similar to that of The Police track “Synchronicity” with the repeating staccato keyboards. The band make great use of multiple vocal parts, using this effect to build the chorus.  The guitar solo tone recalls that of 80’s era Phil Collin’s albums, an era that Godfrey gladly admires.  This is a great opening number and immediately captures the listener’s attention.

Second track “Towerblock” begins softly with Jem single over soft key tones.  However, this doesn’t last long, as the song evolves into what most closely sounds like a malfunctioning computer making a manic spasm of sounds.  Multiple sections carry the rest of the song.  This is a really adventurous number that is not for the faint of heart.

“Signs” allows John Mitchell to take the reins on lead vocals.  He sounds similar to Godfrey as a singer but just different enough to make you wonder if it is someone else.  This track is mostly straight forward but features one of the more memorable choruses on the album.  It is worth noticing all the great accent drumming Blundell adds here as well as Nathan King’s bass playing, which is understated but challenging.   “Lights Out” closes out the first half of the album calmly before the epic second half.

The highlight of the album has to be the track “Heartstrings”, which is an older track the band had played for years and even recorded a psuedo-live version on their DVD The Rockfield Files.   Godfrey has said they had always felt like they needed a proper studio recording of this song and he was right.  The opening synth and drums are as perfect a way to get your blood pumping as you might find, while the rest of the song is done brilliantly.  The track kicks off the 6-song Suite that closes out the album.  The next piece “Closer to the Sun” features a perfect solo by Joe Satriani, whom Godfrey had played with on tour a few years ago, while the instrumental piece “Nice Day For It…” has some of the most intricate parts at times sounding like early Genesis.  The album closes on the simple piano ballad “Last Day.”

This is an album that captivates from the first note and does not let up for a second.  Frost* are back with a vengeance and have produced one of the more entertaining albums of the year.

Transatlantic launch video for ‘Looking For The Light’; 3rd single from ‘The Absolute Universe’